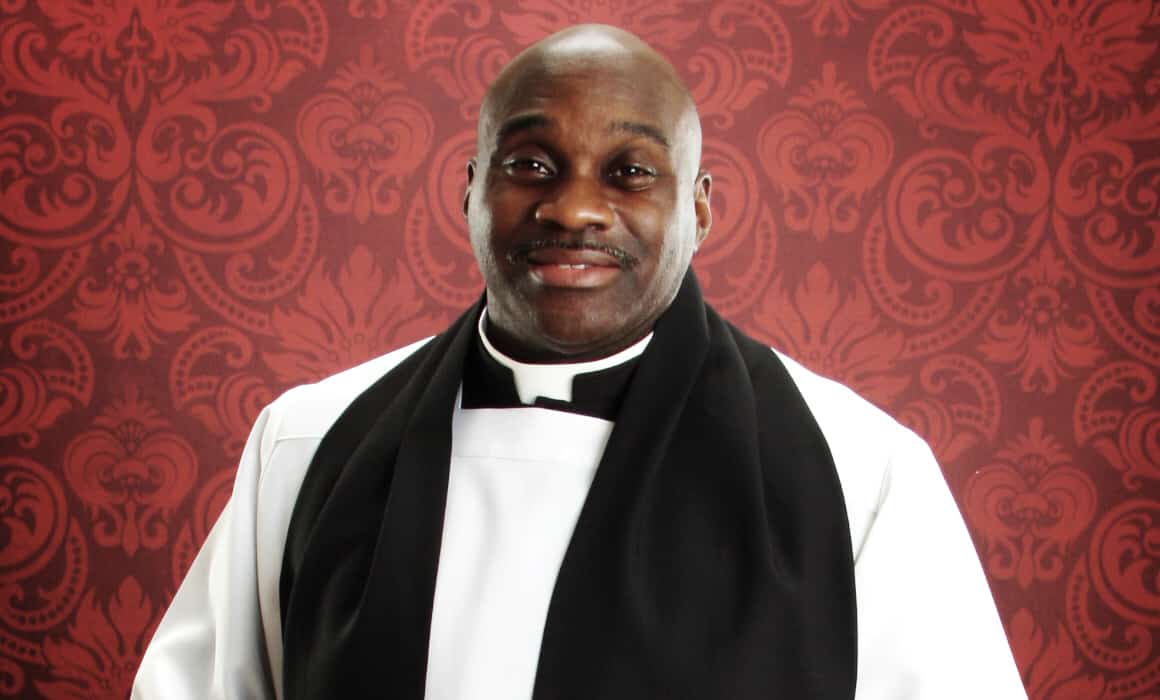 Overseer Harold Rollins, Jr. Is the senior pastor of Lighthouse Christian Worship Church, which he planted and began on Sunday, February 13, 2011, with his wife and ministry partner, Pastor Diane F. Rollins, who’s also the First Lady of FFCMI. Overseer Harold D. Rollins, Jr. Is the founder and Presider of Fresh Fire Covenant Ministries International, which was birthed in June 2015.

Overseer Rollins is no novice to ministry or ecclesiastical and organized structure. He has over twenty-five years of extensive ministry training, serving, pastoral ministry, and pastoral oversight. Submitting to an unexplainable pulling for change in his life, in 1989, Bishop-Elect Harold D. Rollins, Jr. Became a member of Abundant Life Family Worship Church located in New Brunswick, NJ. Within the course of service of 11 years- he served faithfully as a deacon, a personal armor-bearer and minister under the leadership of Bishop George C Searight, Sr. Heeding the voice of the Lord, in 2001 Overseer Rollins joined Victory Revival Temple Church and served as the Youth Pastor for several years under the leadership of Bishop Calvin N. Singleton, Sr.

In 2005 he continued to serve in the organization of Victory Covenant Churches Worldwide as a leader under the leadership of Overseer Calvin N. Singleton, Jr. By the leading of the Lord, in 2010, Overseer joined and served as a faithful member of Restoration Tabernacle under the leadership of the awesome woman of God, Bishop- Designate Bernita Jackson. Overseer Harold D. Rollins, Jr. Is the founder of Lighthouse Christian worship Church which has been in existence since February 13, 2011and Fresh Fire Covenant Ministries International birthed and released in December 2015. To God be the glory for the wonderful things He is doing in the life of Overseer Harold D. Rollins, Jr.

We use cookies on our website to give you the most relevant experience by remembering your preferences and repeat visits. By clicking “Accept All”, you consent to the use of ALL the cookies. However, you may visit "Cookie Settings" to provide a controlled consent.
Cookie SettingsAccept All
Manage consent

This website uses cookies to improve your experience while you navigate through the website. Out of these, the cookies that are categorized as necessary are stored on your browser as they are essential for the working of basic functionalities of the website. We also use third-party cookies that help us analyze and understand how you use this website. These cookies will be stored in your browser only with your consent. You also have the option to opt-out of these cookies. But opting out of some of these cookies may affect your browsing experience.
Necessary Always Enabled
Necessary cookies are absolutely essential for the website to function properly. This category only includes cookies that ensures basic functionalities and security features of the website. These cookies do not store any personal information.
Non-necessary
Any cookies that may not be particularly necessary for the website to function and is used specifically to collect user personal data via analytics, ads, other embedded contents are termed as non-necessary cookies. It is mandatory to procure user consent prior to running these cookies on your website.
SAVE & ACCEPT